The Ferrell Law Firm, P.C. handles cases involving injuries or deaths caused by defective products. A “defective product” typically involves an imperfection in a product that has a manufacturing or design defect, or a product that is faulty because of inadequate instructions or warnings. A product is in a defective condition if it is unreasonably dangerous to the user or to consumer who purchases the product and causes physical harm. Steve Ferrell of The Ferrell Law Firm, P.C. has extensive experience handling defective products cases. Defective products cause thousands of injuries every year. Examples of defective products which can cause deaths or serious injuries include automotive defects such as faulty ignition switches, defective tires, faulty seatbelts, or defective airbags. But defects in vehicles are not limited to the subcomponent parts of a car or truck. Sometimes the entire vehicle is defectively designed from a “crashworthiness” standpoint. Crashworthiness is the ability of a structure to protect its occupants during an impact. This is commonly tested when investigating the safety of vehicles involved in crashes. Depending on the nature of the impact and the vehicle involved, different criteria are used to determine the crashworthiness of the structure. Steve Ferrell of The Ferrell Law Firm, P.C. has experience handling crashworthiness cases in which defectively designed vehicles have caused deaths or serious injuries.

Another example of defective products include recalled pieces of furniture which have been taken off of the market due to toppling risks. Every year, defective products kill thousands of American men, women and children. If your family has suffered loss or injury as a result of a defective product, contact Steve Ferrell at The Ferrell Law Firm, P.C. for legal representation. And don’t sign any papers from the product manufactuer without consulting an attorney first!

Other examples of defective products might include defective household or electronic products which cause fires, explosions, electrical burns, or electrocution, such as defective water heaters, dryers, refrigerators, space heaters, laptop computers or notebook computer which spontaneously burst into flames.

The Ferrell Law Firm, P.C. also represents victims of defective toys and child products which present tipping or toppling hazards, products which present a risk of strangulation to young children and child products containing lead or other harmful substances. Steve Ferrell is Double Board Certified by the Texas Board of Legal Specialization in Civil Trial Law and Personal Injury Trial Law. According to the U.S. Fire Administration, electrical fires in our homes claim the lives of 485 Americans each year and injure 2,305 more.

During a typical year, home electrical problems account for 67,800 fires, 485 deaths, and $868 million in property losses.

December is the most dangerous month for electrical fires. Fire deaths are highest in winter months which call for more indoor activities and increase in lighting, heating, and appliance use. Most electrical wiring fires start in the bedroom. 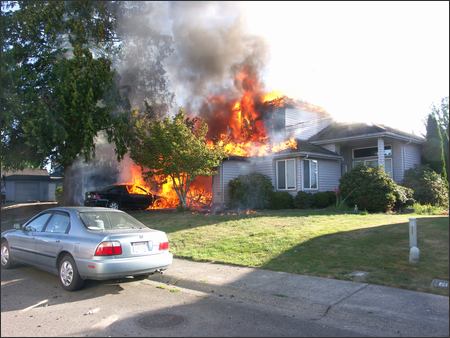 If your family has suffered a a death, a burn, or a serious injury injury caused by a defective product or a faulty electrical appliance, call Steve Ferrell at the Ferrell Law Firm, P.C. for professional legal representation. The initial consultation is always free and we do not charge a fee unless you make a recovery.

The U.S. Consumer Product Safety Commission has announced a voluntary recall of certain Maytag Refrigerators due to fire hazards. (To access color photos of the recalled products, see CPSC’s Web site at www.cpsc.gov.)

Name of Product: Maytag, Jenn-Air, Amana, Admiral, Magic Chef, Performa by Maytag and Crosley brand refrigerators
Units: About 1.6 million
Manufacturer: Maytag Corp., of Newton, Iowa
Hazard: An electrical failure in the relay, the component that turns on the refrigerator’s compressor, can cause overheating and pose a serious fire hazard.

Sold at: Department and appliance stores and by homebuilders nationwide from January 2001 through January 2004 for between about $350 and $1600.

Manufactured in: United States The Ferrell Law Firm, P.C. handles fire cases caused by defective and recalled electrical appliances such as those manufactured by Maytag, Jenn-Air, Amana, Admiral, Magic Chef, Performa by Maytag and Crosley.If you have suffered a fire caused by a defective refrigerator, or a defective electrical appliance, contact the experienced fire attorney Steve Ferrell at The Ferrell Law Firm at (713) 800-0220 for professional legal assistance.

Recall of Siemens and Murray Circuit Breakers due to Fire Hazzard 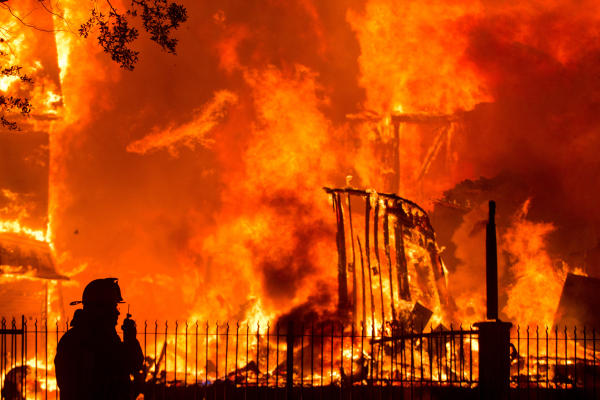 About 2.2 million circuit breakers, load centers and meter combos were imported from Mexico by Siemens Industry Inc. of Alpharetta, Ga., and sold nationwide at hardware outlets form June 2010 through August 2010 for between $2.50 and $235.

The circuit breakers include a spring clip that can break during normal use, which can result in an insufficient electrical connection in the panel board. This can cause heat to build up, posing a fire hazard.

The recall includes Siemens and Murray single and double pole 15 through 50 AMP circuit breakers, load centers and meter combos, which contain a load center and a meter socket.

Consumers were advised to contact Siemens for a free inspection and replacement, if necessary.

If you have a problem with a defective electrical appliance that caused a fire, contact The Ferrell Law Firm, P.C. for professional legal assistance at (713) 800-0220.