Steve Ferrell is an experienced fire claim attorney based in Houston, Texas. 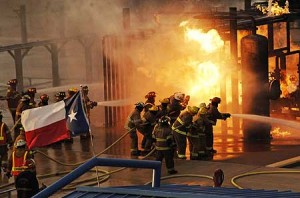 Steve represents fire victims, policyholders and property owners after a fire and assists them in making property damage claims and other claims against their fire insurance company. He also represents wrongful death and burn victimsinjured in fires and explosions as well the surviving families of persons killed in fire-related deaths.  Steve has vast experience handling commercial and residential fire and explosion cases against insurance companies, negligent third parties, and large corporations. Steve draws on a wealth of past experience handling both personal injury and property damage lawsuits involving fires.

Over the past 25 years, Steve Ferrell has conducted a broad-ranging fire litigation practice which has included First Party Fire Litigation against insurance companies, and Third Party Fire Litigation against Corporations, Product Manufacturers and Negligent Third Parties. The cases have involved commercial and industrial fires (including the PolyScience Corporation warehouse fire in the 1980s and the Bumper Service Factory fire in the 1990s)  as well as several refinery and chemical plant fires along the Texas Gulf Coast. Steve Ferrell has also handled a significant number of residential house fires, apartment fires, condominium fires, townhome fires, vehicle fires, fires caused by defective horizontal gas furnaces, fires caused by defective or malfunctioning electrical appliances, failed fire sprinkler systems, defective smoke detectors and other failed fire warning systems. The cases have involved millions of dollars in property damage to both structures and contents as well as claims for business interruption, additional living expenses, and other economic losses caused by fires. The cases have also included serious burn injury cases where victims were burned in fires and explosions, wrongful death claims of people who have died as a result of fires and explosions, as well as claims for smoke inhalation and other personal injuries and damages from fires.

Steve Ferrell is Double Board Certified by the Texas Board of Legal Specialization in Civil Trial Law and Personal Injury Trial Law.

Fire and explosion losses may involve structural property damage, property contents claims, as well as claims for additional living expenses, business interruption, and additional economic lossescaused by the fire.  Fire and explosion cases may also involve fire deaths, burn injuries, and smoke inhalation. The Ferrell Law Firm, P.C. represents persons burned, killed, or injured in fires and explosions as well as those those whose homes,  businesses and property have been destroyed by fires such as the recent APRIL 17, 2013 fertilizer plant fire and explosion in West, Texas.

This is also true of burn injury cases and fire death cases. Insurance companies frequently send adjusters early on to try to get the burn victim and their family to sign a release and settle a burn injury claim for far less than it is worth.

You don’t have to deal with the insurance company alone. You have the right to have a knowledgeable and experienced Texas fire damage attorney guide you through the entire claim process with an eye towards looking out for your best interest. We do not charge a fee unless you make a recovery and the initial consultation is always free.  Call Steve Ferrell at The Ferrell Law Firm for a free professional consultation. 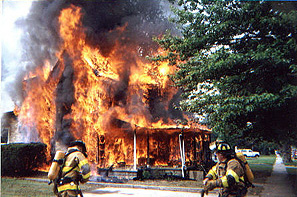 Each year, fire kills more Americans than all natural disasters combined.
At least 80 percent of all fire deaths occur in residences.
Between 1992 and 2001, an average of 1.9 million fires were reported each year. Many others go unreported, causing additional injuries and property loss.

The U.S. has one of the highest fire death rates in the industrialized world. For 2001, exclusive of the events of September 11, the U.S. fire death rate was 13.4 deaths per million population
There were 1,734,500 fires in the United States in 2001. Of these:

(1) Residential fires represent 23 percent of all fires and 76 percent of structure fires
(2) The South has the highest fire death rate per-capita with 17.8 civilian deaths per million population.
(3) 81% of all civilian fire deaths occur in the home.

Houston Firefighters battle a deadly Houston house fire and explosion
If you have suffered a property loss as a result of a fire, a death caused by a fire or explosion, or a burn injury resulting from a fire, call The Ferrell Law Firm, P.C. at (713) 800-0220 for professional legal representation.  In cases involving fires, it is best to contact the attorney as soon as possible. Experts may need to review the fire scene to determine the cause as soon as the fire is extinguished so don’t delay in contacting and retaining an attorney.